Ultrasonic NDT Testing | Shear Wave testing, also known as an angle beam inspection, is an ultrasonic testing technique that is great for weld inspections.  A probe consisting of an ultrasonic transducer with a plastic or lucite wedge introduces an ultrasonic beam at an angle into the test area.  As the probe is moved back and forth along the tested area, it can detect discontinuities in the weld based on the refraction of the ultrasonic beam.

Flaws that Shear Wave can detect: 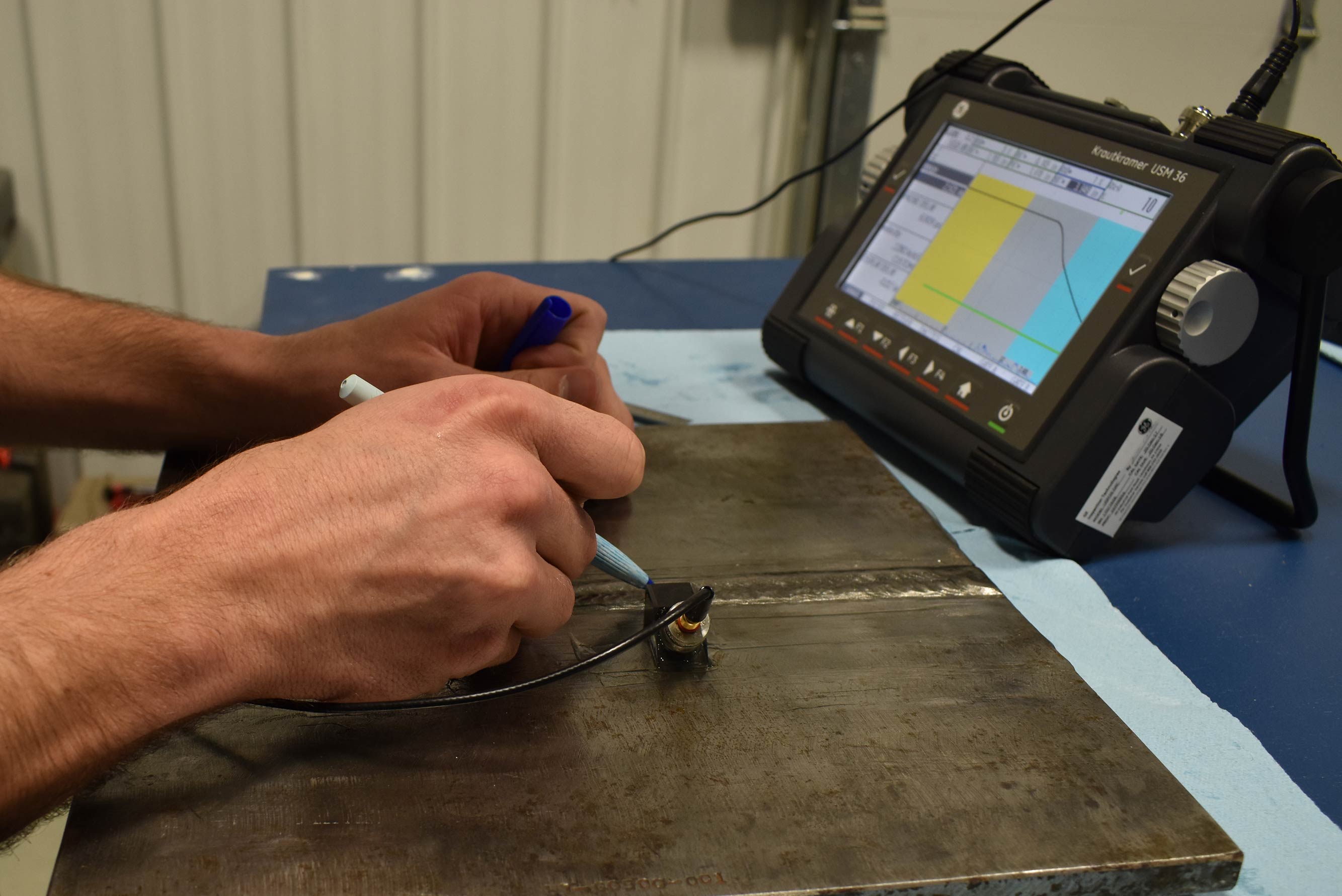 With offices geographically located throughout the central United States, XCEL NDT is ready to service your NDT needs.